What will the public mood be like as we exit the pandemic?

Will we plunge into the 21st century equivalent of the roaring twenties that followed the Great War, or will we emerge from the pandemic kinder and taking greater care? In the circumstances it seems like a good moment to revisit F Scott Fitzgerald’s delicate novel The Great Gatsby and you could be in no better hands than those of Bristol’s Wardrobe Ensemble and the Wardrobe Theatre, whose two woman version is delivered with insight and guileless charm.

Some will recall Elevator Repair Service's 2011 production Gatz, seen in London as part of the London International Festival of Theatre, an eight-hour marathon that included every word of the novel. It was astonishingly effective in recreating the expansive private pleasure of reading in a public space as a shared endeavour. 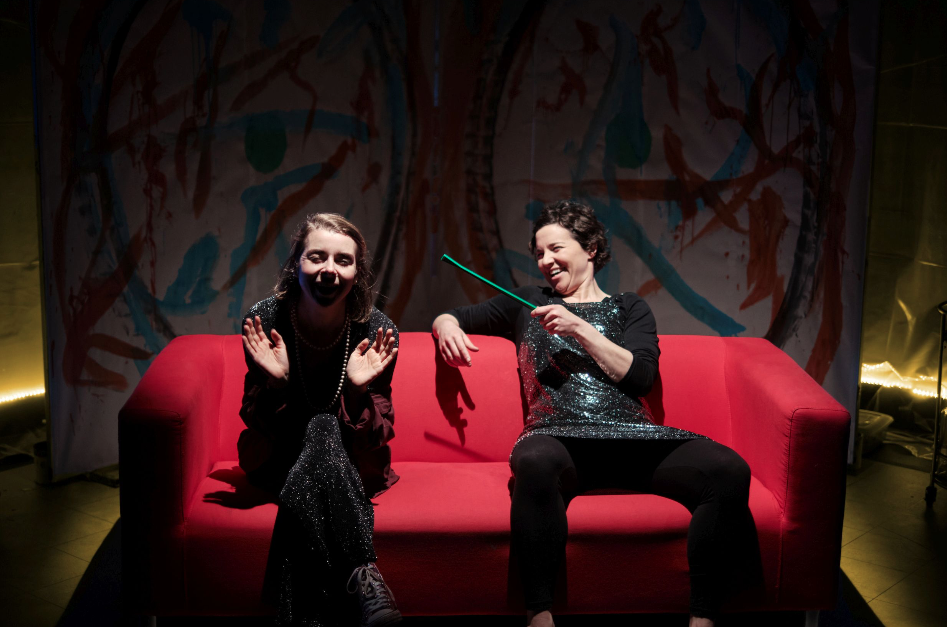 This raggedy 90-minute affair is very different but gets to the heart of the novel, depicting the excesses observed by narrator Nick Carraway as he spends the summer rubbing shoulders with his cousin, Daisy, her monstrously rich husband, Tom, and the mysterious self-made Gatsby. Tamsin Hurtado Clarke and Jesse Meadows set about things with gusto, playing all the characters and putting on a swell party that you just know is going to end badly.

From its hungover opening moments to its closing minutes where the green light shines at the end of the pier and the unquiet darkness thickens, director Tom Brennan and designer Katie Sykes make this production into a small miracle of low-tech invention. Cocktail trolleys become East and West Egg, a tin of gin represents Nick’s rackety cottage, and a champagne bottle stands in for Gatsby’s mansion. Action painting on a giant canvas represents one of Gatsby’s riotous parties, but also cleverly operates as a way to try and block out the all-seeing eyes of the famous optician advertisement. Toy cars magnify rather than minimise the wreckage that is inflicted with casual carelessness by the rich.

It’s good fun, and the production and performers slip effortlessly between characters with some sly comedy. Still, they also succeed in finding the desolate emotional undertow of the novel, and the sense that when the party’s over, somebody has to pick up the pieces. It isn’t Daisy. It’s never the Daisies.

You can watch The Great Gatsby until Sun 11 April. Tickets here.