It’s impossible not to fall a little in love with the Curve’s on-line version of The Color Purple, a musical which is all heart and soul, and then some.

Adapted by Marsha Norman from Alice Walker’s 1982 epistolary novel, and with a gorgeous exuberant score by Brenda Russell, Allee Willis and Stephen Bray, it tells the story of Celie (T’Shan Williams), a young black woman living in the segregated Deep South who we follow over several decades beginning in 1913 when she is just 14 and has already borne two babies to her abusive stepfather who treats her as a drudge.

It's not exactly the most promising start for a musical, but this Cinderella story with grit makes for an engrossing evening in a revival that benefits from the pared back simplicity of a production by Tinuke Craig which sits somewhere between fully fledged theatrical production and concert. 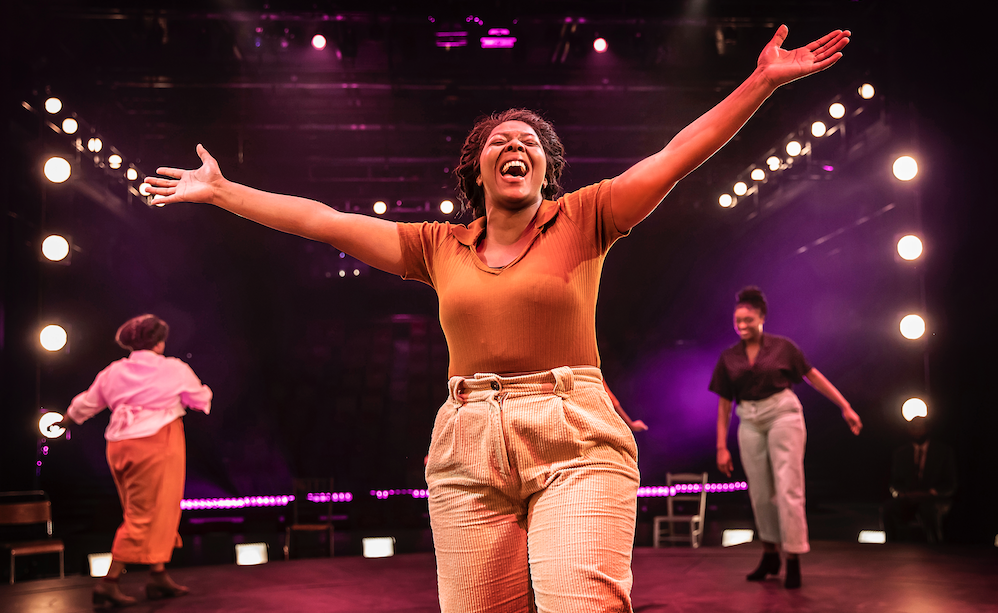 In a show where the music is extravagant and the sentiments even more so, the restraint pays off. In the wrong hands I suspect that The Color Purple could come across as all-singing, all-dancing, all-smiling misery memoir. But here it’s not just the songs that tell the story, we experience it too in the way the camera delicately lingers on the faces of Celie or her sister Nettie (Danielle Fiamanya) so we glimpse hearts leaking out of eyes.

The refrain of Hey Sister that as good as bookends the show reminds that this is a story of sisterly affections of many kinds. This is a show that foregrounds black women’s pain but also their joy and love for each other, including in the relationship between Celie and Shug (Carly Mercedes Dyer), sexual love. “I may be poor, I may be black, I may be ugly, but I’m here,” declares Celie. That is her triumph. 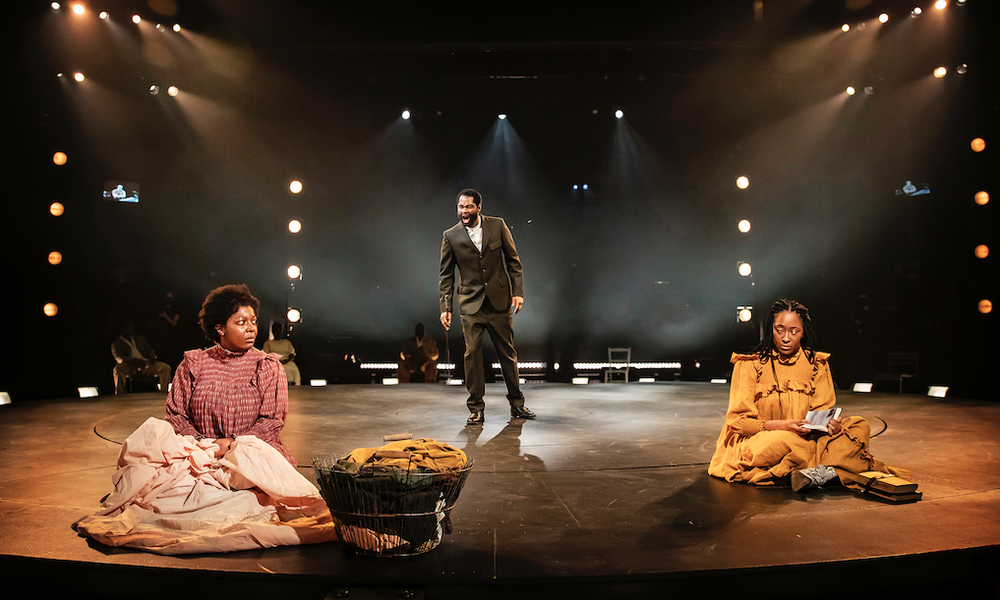 The men ---often abusive, rarely kind—fair much less well. They are villains. Until they are not. You can’t help agreeing with Sofia (Karen Mauundukure) when she remarks about Mister’s (Ako Mitchell) suddenly personality transplant: “What ton of bricks go fall on him?”

But while it’s easy to pick holes or mourn the loss of subtlety that comes in the transposition from novel to musical, far better to sit back and enjoy an evening full of lush music drawing on gospel, blues and jazz that puts black women and their experience centre stage. And admire a slew of delicious, eye-catching performances from the leads, but also the supporting cast. I particularly enjoyed the comic turns of Rosemary Annabella Nkrumah, Danielle Kassarate and Landi Oshinowo as a trio of clucking, gandering church gossips.

You can watch The Color Purple online until Sun 28 Feb. Tickets here.